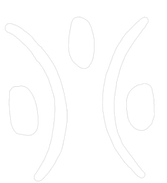 Using X in your character stories

X can be freely integrated into your narratives and backstories.
X does socialize with other esk, often to ask for favors--aid in expanding the developed biome, or the protection of humans, for example.  X also enjoys speaking with esk who were transformed from unusual or rare manmade objects or who were particularly significant while alive; even those esk who were transformed from entirely normal people can be interesting to X, who is excited by the thought of the fleeting human lifetime.  Esk who are trying to protect their biomes from environmental degradation may oppose X's efforts.

You may use X in your Origin Prompts as long as your Esk belongs to the Developed Biome. If your Esk becomes a Molten Glass Elemental you can use X in your character's story as the source of this power (Biome Wanderers can pass their elemental powers on to other Esk).

​You can draw and write about X without having to ask permission, please honor the concepts provided here by maintaining the character's integrity, appearance, and lore in your works.